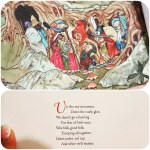 Trooping fairies, as opposed to solitary fairies, can be either Seelie or Unseelie. They are known for their grand processions across the terrain, dressed in all their finery with horses, bells and whistles, as they move from one place to the other.

Gruvra are mine guardians who rule over a mountain and its ore deposits, and takes care of mines and queries. She is both feared and respected by the minors working there and can warn of impending collapse or lead fortunate Prospectors to new or deposits. -Vaesen 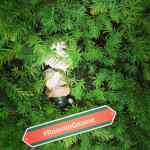 Gnomes are a diminutive creature of Faërie, often characterized by their conical red hats & white beards, or green hats & matronly aprons. Garden Gnomes are good luck for they are skillful nurturers of plants, flowers, fruits and veggies of all kinds. Do not be deceived however by their small stature: a male Gnome is at least 7x stronger than a full grown human!

Gnomes live to be several hundred years old and rub noses to greet each other. They love a good dance and will find any reason to do so! You can invite Gnomes to live in your yard, garden, barn, or even a corner of your house by building them a hospitable Gnome Door.

Fairy Rings are sure to be found wherever you notice a circle of mushrooms.  It is an enchanted place where the Folk gather to revel and dance the night away. If you listen closely, you may even hear the trill of flutes whoops and laughter.

Be careful though, dancing the fairy ring can often be so fun and enticing to mortals that even though think they have danced only the night away, once they fall asleep, they wake to find it is several days, or even years later! Some unfortunate souls even dance themselves right into the underhill forever.

If you feel prepared to brave the magical realm however, don your finery and hop a toadstool! 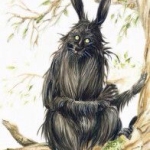 The Púca (Irish for spirit/ghost), pooka, phouka, phooka, phooca, puca or púka) is primarily a creature of Celtic folklore. The origin of the name may have come from the Old Norse term pook or puki, which refers to a “nature spirit”. Considered to be bringers both of good and bad fortune, they could either help or hinder rural and marine communities. According to legend, the púca is a deft shapeshifter, capable of assuming a variety of terrifying or pleasing forms. It can take a human form, but will often have animal features, such as ears or a tail. As an animal, the púca will most commonly appear as a horse, cat, rabbit, raven, fox, wolf, goat, or dog. It most commonly takes the form of a sleek black horse with a flowing mane and luminescent golden eyes. 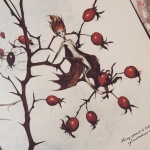 Alvor are tiny faeries and shape-shifters.  They often choose to appear as tiny, white, luminous beings with wings on their backs but in truth, they can appear however they want.  They live in communities under hills, in meadows and in bogs.  They love to travel in procession with the King and Queen along fairy tracks (the silver path) which often follow underground streams or ley-lines. Fairy speech is like the trill of melodious birdsong. -Vaesen 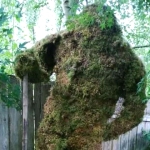 Sasquatch in New World lore, more commonly known as Bigfoot, or Yeti (in the mountains), is a 7′ tall hairy, man-like creatures that inhabits the forests. Sightings of him have been reported by Native American tribes such as the Salish, by pioneers and campers, and new few claims of footprints being found. He is said to appear for various reasons ranging from warning people to change their ways or activities, or to protect them from some imminent danger. Some descriptions of him could be likened to a mega-fauna type of Ghillie Dhu: generally of a disheveled appearance, using green moss and leaves taken from trees as clothing or camouflage.

Skeppsra (Ship Gnome) is a sea-fairing sort that keeps order on the ship and informs the sailors of dangers like wood rot, or reprimands them if they do not do their job properly.  They are believed to come out of the tree from which the boat is built and are known to stay with their boat until it rots or sinks. They are often previously attached to one of the trees that was used in Shipbuilding.

Elen of the Ways: The Welsh Mabinogion (earliest prose stories in British literature) has several shamanic references, including the dream of Mascen Wledig who takes an epic journey and finds the most beautiful woman he had even seen, after some pursuing, she became his wife. The dream itself is recorded as ‘dream flight’ a shamanic journey? The lady in question was Elen, an ancient goddess of sovereignty of the land. Often refereed to as Elen of the Ways and would lead the tribe and the herds of reindeer during their winter and summer migrations across Britain and possibly to Scandinavia after the last Ice Age.

Rock Giant! Wherever folk with sharp eyes look, Giants can be seen. In the recumbent Hills and in the living rocks of the mountains, faces and features resembling Giants surround us. In fact, these features of the land are giants themselves. Earthfasting is what Giants call the long sleep. – The Secret History of Giants; Prof. Ari Berk
This sleeping Giant was seen on the set of the Cascadia Mythos web-series.